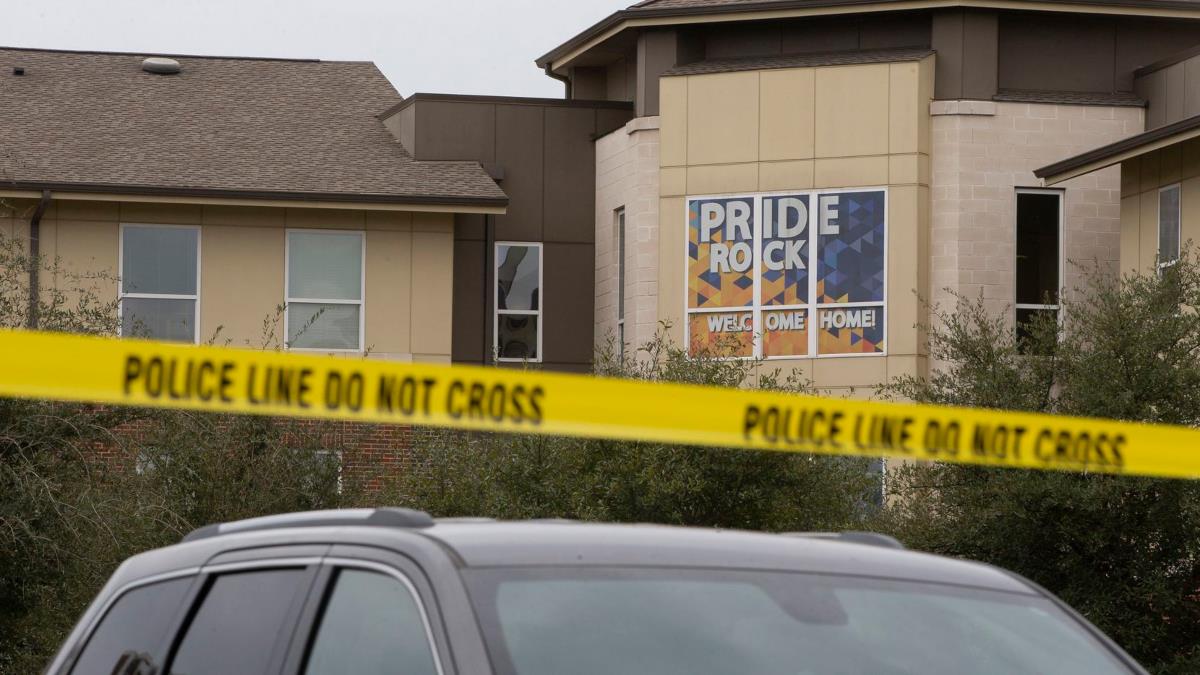 Shilo Hutton is a student at Texas A&M University-Commerce, a college where there have been two deadly shootings, one on campus and another off, in the short span of three months.

“Our school really wasn’t this before,” said Hutton, when asked about the shooting earlier this week where a gunman killed two sisters and injured a 2-year-old toddler on -campus.
The news late Tuesday night of an arrest in the case and a police statement that the shooting was “a targeted, isolated event” helped some students feel more settled, but they say that the violence at this university in East Texas is still unsettling.
“I’m safer at college because I know some people that are my friends, but I’m scared, too” freshmen Jonathan Garcia said outside the campus’ student center.
There were very few students milling about on campus Tuesday because the university had canceled all classes and events through Wednesday as the investigation forged ahead. Naturally, worry and fear circulated throughout the surrounding college and university campus.
Three months ago, a gunman opened fire at a homecoming party in nearby Greenville at a non-university event.
Two were killed and six were injured in the mass shooting.
I think they got whoever they wanted to get, and everybody else was just collateral damage,” shared cafeteria worker Exavier Davis.
The college campus is in shock from Monday’s shooting at one of the college residence halls.
“It does send little chills down your spine because you just don’t know what people are capable of,” he said. “Death is a part of life. It’s just hard to swallow.”
A database put together by The Associated Press, USA TODAY, and Northeastern University shows that there were more mass killings in 2019 than any other year dating back to at least the 1970s.
There were 41 mass killings last year, defined as incidents in which four or more people are killed, excluding the perpetrator. Of those, 33 were mass shootings. More than 210 people were killed.
Most mass killings failed to resonate among the general public because they didn’t spill into public places as massacres did in El Paso and Odessa, Texas; Dayton, Ohio; Virginia Beach, Virginia; and Jersey City, New Jersey.
Texas A&M University-Commerce police shared details of this week’s shooting. Jacques Dshawn Smith, 21, was in custody suspected of fatally shooting his ex-girlfriend Abbaney Matts, 20, along with her sister Deja Matts, 19, inside the Pride Rock residence hall. Smith faces a charge of capital murder.
Deja Matts of the Dallas suburb of Garland was pursuing a bachelor’s degree in public health. Neither Abbaney Matts nor Smith were students at the school. The wounded 2-year-old was Abbaney Matt’s soon. The child has been released from the hospital and is being cared for by family.
After police responded to a call about the shooting at Pride Rock and discovered the victims Monday, the university issued a shelter-in-place advisory that lasted about 90 minutes.
“Why is there so much violence on our campus?” Victoria Johnson, a junior at the university, said the day after the shooting.
The Commerce campus is about an hour’s drive from Dallas. The university is perched on the Texas Blackland Prairies in the small town of Commerce, which has a population of about 9,000.
About 8,000 undergraduate and 4,000 graduate students come to the school. Many come from the sprawling Dallas-Fort Worth metroplex and surrounding counties.
Greenville, a town of about 27,000, is about 20 minutes up the road toward Dallas.
Some students, however, still feel quite safe. Sophomore Dawson Knight shared that he still feels safe on campus.
“We very seldom have anything that happens here, so it was bound to happen eventually,” Knight said.
Every year millions of students in the U.S. enroll in colleges and universities seeking a top high-quality education. They seek to advance their professional and academic careers with bachelor’s degrees, master’s degrees, or doctoral degrees and PhDs at any one of the U.S.’ several top colleges and top universities.